Although there was so much Olympic stuff going on around us, we wanted to make sure that we squeezed some adventure into our trip and of course, ziplining was the perfect answer! We went through Ziptrek Ecotours and they made sure to pack in as much coolness as possible!

We took a snowcat up to our location which is nestled in a temperate rain forest between Whistler and Blackcomb mountain. We hiked over suspension bridges and up observation platforms that were 150 ft high in the forest canopy and offered spectacular views. Our ziplines reached speeds of 50mph (that’s what they say although in the adrenaline rush, it’s hard to actually know how fast you’re going) and included a 2000 ft zip that dropped over twenty stories over Fitzsimmons Creek! During our three hour adventure, the team also made sure to educate us on the environment and nature that we were zipping through, which was a definite bonus to learn more about the location rather than focusing only on zipping.

The main highlight (besides zipping) was watching the final three teams – Canada, US and Germany compete for the Gold in the Bobsleigh event! Part of the hike included a small section where we were able to watch the teams go by and the timing was perfect since we watched the final three teams go by to win their medals! It was fantastic being on the secret sideline watching this happen and of course, watching the US win the Gold!

This is my third time zipping (Cancun and Nor.Cal) and tops the list as the most incredible zipping adventure! Now I just need to go to Costa Rica to try it there too! 🙂 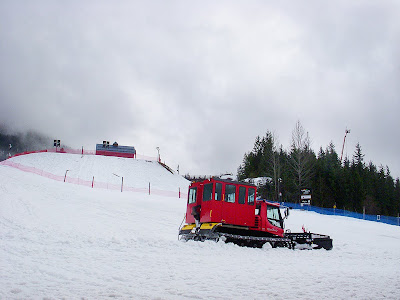 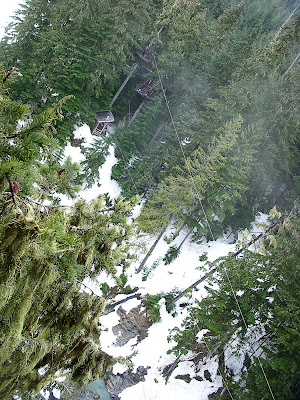 â€¢ looking down into the forest and our ziplines â€¢ 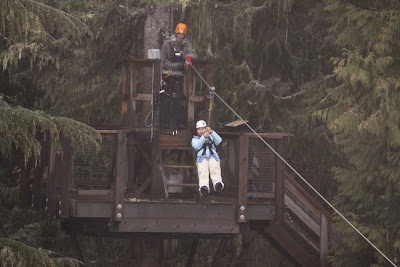 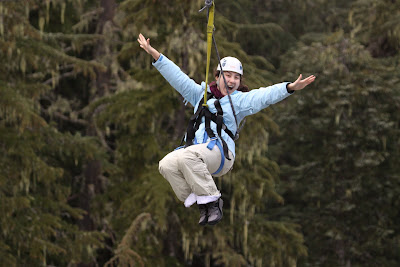 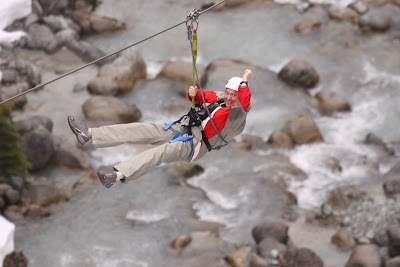 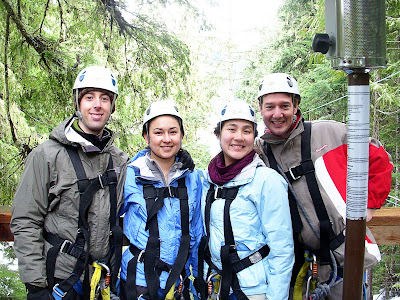 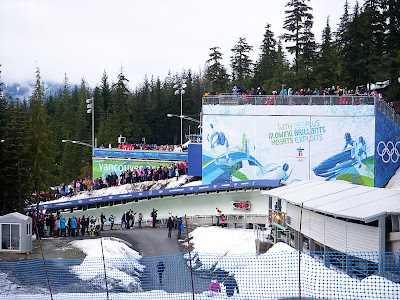